The Seven Stages of Alzheimer’s Disease

It's quite normal – though perhaps a bit jarring – to see your grandma or grandpa begin to have memory problems. They might forget your phone number, or have to think twice while recalling a childhood memory. But when should you worry? When do the memory troubles signify something more disturbing, like Alzheimer's disease?

It's important to understand and educate yourself about so many things in life, but particularly something as devastating as watching a loved one succumb to Alzheimer's. Knowing what to expect at each stage of the disease can go a long way toward making it easier for you and other family members to contend with.

According to the Alzheimer's Association, there are seven stages of Alzheimer's, but not every person with Alzheimer's will exhibit all the signs and some of the signs might be missed by friends and family who chalk them up to simple aging, senile dementia, or “grandpa being grandpa”.

Here are the seven stages and what to look for in each stage.

The first stage is really not a stage at all. This is when grandma or grandpa has no signs of memory loss or any other signs of Alzheimer's.

The second stage of Alzheimer's might look to family members like normal signs of aging. Since we all lose a little of our memory as we get older, this stage really looks like nothing more than normal aging.

The third stage of Alzheimer's is characterized by what the Alzheimer's Association calls mild cognitive decline. It's at this stage that a doctor might see some signs of Alzheimer's and, depending on the patient, might even be able to diagnose early-stage Alzheimer's. In this stage, your grandma or grandpa might have trouble remembering the name of someone they just met, or read something and retain very little of what they've read. They might struggle for words or names in a way that's obvious to others. But generally in this stage, it might still seem that your loved one is just suffering normal effects of aging.

It's really in the fourth stage of Alzheimer's that family and friends – and doctors – might begin calling what looked like basic aging memory complaints something more, and it's when the “classic” signs of Alzheimer's become apparent. These symptoms or signs include forgetting current events or recent experiences; an impaired memory of childhood, personal experiences and the like; and having trouble with basic daily tasks like paying bills, planning menus or completing an errand list.

It can be hard to distinguish between the fifth and sixth stages of Alzheimer's. In these later stages of the disease, simple daily tasks become extremely difficult to perform. In the former stage (the fifth stage), a patient might have a hard time recalling for a doctor their address, schools they attended, or even their phone number. They might choose the wrong clothing for the season or occasion they are dressing for, or they will be confused about the date, season, or day of the week. It's easy at this stage to consider these problems normal relative to aging, but experts say it's important to consider they might be signs of Alzheimer's.

In the sixth stage of Alzheimer's much more cognitive ability is lost. It's hard for grandma or grandpa to recall their personal history (though they will usually know their name at this point); they might have difficulty recalling their spouse's name (but they will generally still recognize faces); they need help with toileting and other bathroom and personal care duties and will experience disruption in sleep and wake cycles. It's also in this stage that there's a risk of your loved one wandering off and becoming lost and there's the potential of them becoming delusional or having hallucinations.

Finally, the seventh stage of Alzheimer's is arguably the most difficult for everyone involved. In this stage, your loved one might lose the ability to speak, or respond to their environment. You might think to bring grandma's favorite ice cream to her, but she could likely forget she even likes ice cream.

Alzheimer's disease can be a frightening thing for you and your loved one. But knowing and being able to identify the stages of Alzheimer's is important.

A Review Of Digital Camcorders

I’m going to Tivo a program 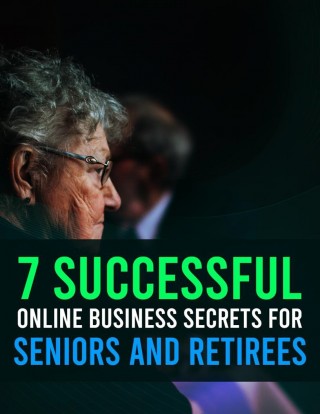